Beautiful Belize – this may be a Central American country that’s relatively small in size but it is bountiful in unique places to visit. Previously known as British Honduras, you’ll find everything from beaches and a barrier reef, to mountains, tropical rainforests, protected wildlife reserves, and ancient Mayan ruins.

Bordered by Mexico to the north, Guatemala to the west and south, and the Caribbean Sea to the east, here are some of the best places to go in Belize, broken down by each of the districts.

The Corozal region, at the north end of Belize, borders with Mexico’s Quintana Roo State. Corozal Town is a popular region for retirees and expats looking to spend their lives in an easy going small bay by the sea.

The region is also the closest to Ambergris Caye, a very popular island destination for exploring the activities on the Belize Barrier Reef. You can also explore Mayan ruins at Cerros and Santa Rita nearby.

The Orange Walk District, in the northwest region of Belize, is known for is agriculture, especially sugar cane. If you’re an avid birdwatcher, you’ll also want to visit this region for its wildlife. There are at least 400 different types of bird species in the region’s area of protected rainforests. Ancient Mayan sites to visit in this district are Cuello, La Milpa, and Lamanai.

The Belize District is situated in the center of Belize, on the eastern coastline. Belize City, the largest in Belize, has the international airport and plenty of public transport to get around.

The temple-pyramid ruins of the Mayan City, Altun Ha, are just north of the city with amazing views from the top. Offshore, the region includes a number of Cayes or islands for you to marvel at the wonders of the Barrier Reef.

Belize’s Cayo District, bordering Guatemala to the west, is rich in cultural history and stunning natural attractions. For history buffs, the region contains many excavated archaeological ruins from the ancient Mayan civilization, including those of Caracol, the large city that was at the economic and political hub of the Mayan population.

The Macal River, which begins in the Maya Mountains, and travels for 320 kilometers (200 miles) is best explored in it’s lower regions – you can float along its waters and admire the botanic gardens on the river banks in a rubber tube or by canoe.

The Stann Creek District, in the south-east of Belize, is a great place to explore the Garifuna culture. Dangriga Town and Hopkins Village on the coast are excellent places to experience the cultural milieu of this Afro-Caribbean culture, and especially the music and drumming.

If chilling out on white sandy beaches with views of a blue horizon appeals for a few days, check out the Placencia peninsula. This laidback location is popular with lovers of sun, sand, blue sea and sky, and water sports.

The Toledo District is the southernmost region in Belize. Surrounded by mountains to the west and south, this area receives the highest rainfall in Belize and has plenty of unspoiled nature reserves and cave systems to enjoy.

The Toledo District, it’s largest urban area, Punta Gordon Town, and the nearby Mayan ruins are a little more off the beaten track than some of the other locations frequented by travelers in Belize, but that makes it all the more enjoyable.

Ok, so it’s not technically one of the six Belize districts, but it is a significant area in its own right. The Belize Barrier Reef, a UNESCO World Heritage Site, is the second largest coral reef system in the world at around 960 square kilometers (370 square miles).

The reef is a popular spot for snorkeling and scuba diving and is home to hundreds of species of fish and marine life. The Belize districts along the Caribbean coast that you can reach the reef from are Corozal, Belize, Stann Creek, and Toledo.

Excited to plan your trip? Don’t miss this post about the most awesome things to do in Placencia, Belize! 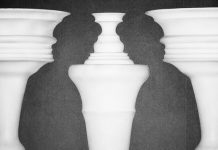 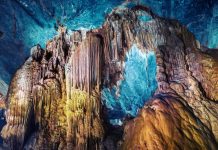 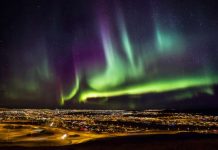 Cappadocia: Home to World's Most Magical Rooftop Terraces
NCIS Cast Then And Now: What They Look Like Today Will Leave You With No Words!
Prague VS Vienna: Which One to Visit?
15 Best Physical Exercises for Men
錯覺圖片，揭示你的性格
21 σταρς που έχουν μεγαλώσει αλλά εξακολουθούν να δείχνουν καταπληκτικές
© Trips-Shop.com 2018